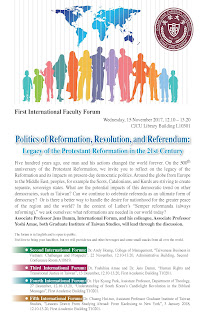 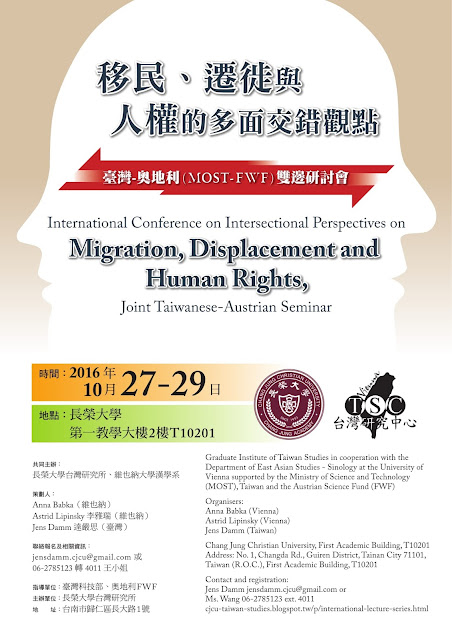 9:30 – 10:30 Visit of the Social Affairs Bureau of Kaohsiung City Government, discussion on the implementation of Gender Mainstreaming and issues of human rights
高雄市政府社會局 婦保科, 80203高雄市苓雅區四維三路2號9樓

Wafa Ghermani gave a lecture on Taiwanese films, titled "Taipei on Screen" at our institute on April 23, 2013. Wafa is a Ph.D. Candidate at University of La Sorbonne Nouvelle, Paris. 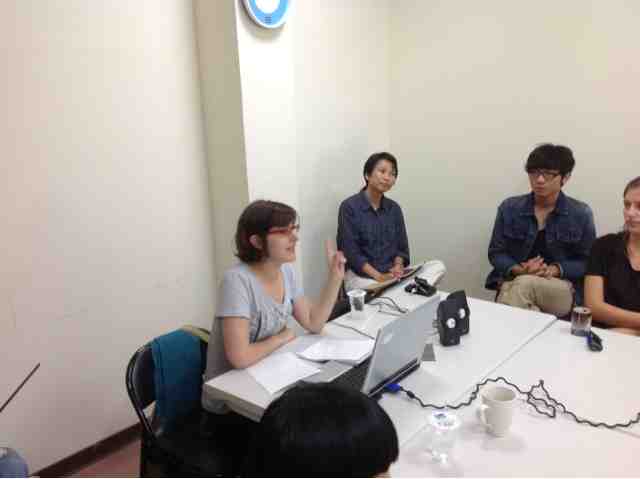 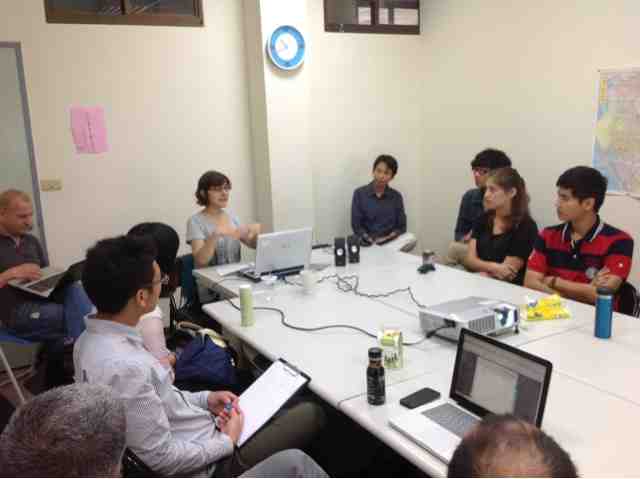 Taipei, a city built to weaken the strength of the powerful south of Taiwan, has become with the birth of cinema the main object of contradictory representations. Symbol of a perfect colonial city under the Japanese era, Taipei turns into the capital of the Republic of China. As did the Japanese before, the (waisheng) film directors, such as Lee Hsing or Bai Jing-Rui, promoted Taipei both as a very modern urban center and as the center of « true » China. The city thus acquired a metaphorical status of the Chinese power in Taiwan that allowed directors, especially of the hoklo language films to cast a darker image on the city: a sense of loss, both physical and moral.
In the 1980s, New Cinema director Wan Jen also used this subversive representation in his first feature film Super Citizen/超級市民 , but he really conveyed an ambivalent feeling about the city being both a place of loss but also of fascinating attraction. He went on with the next films of his Taipei Trilogy (Super Citizen Ko／超級大國民 and Connected by Fate／超級公民) showing Taipei as both a metaphor of oblivion of the past (both the white terror and the democratic movement).
If in the 2000s, the tension between an official image of Taipei, especially since the construction of the 101 tower and the creation of the Taipei Film Commission, and a not that bright on is still going on, the tone of the films is much lighter. And in fact, the new cinematographic competition is more between Taipei and the rest of Taiwan now. 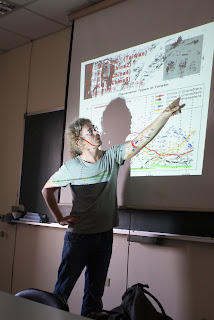 "Keeping Tracks of the Placenames on Taiwan’s Tombstones:
Methods, Mapping, and Manifestation"
(紀錄與追蹤台灣墓碑地名：以製圖表現其地理分佈及文化意義)


Title: "Multiculturalism in children's books：Taiwanese authors on migrant brides and their families"

Dept. of Anthropology, University of Ottawa


Title: "Measuring Aboriginal Knowledge? Knowledge on Hunting and Ecology of the Seediq and Taroko People"
(測量原住民知識？台灣賽德克與太魯閣人的打獵與生態知識)

Dept. of Sinology, University of Vienna

Title: "Gender Justice by Inclusion: How the women's movement can provide redress"
性別正義和婦女運動的角色：如何容納受害者？

Graduate Institute of Taiwan Studies - Chang Jung Christian University 長榮大學台灣研究所
Tainan, Taiwan
The Institute was accredited by the Ministry of Education in 2004, and accepted its inaugural MA class in Fall of 2005. It offers a dual language curriculum, with classes in both English and Chinese. “Taiwan is a hotbed of cutting-edge social science research!”